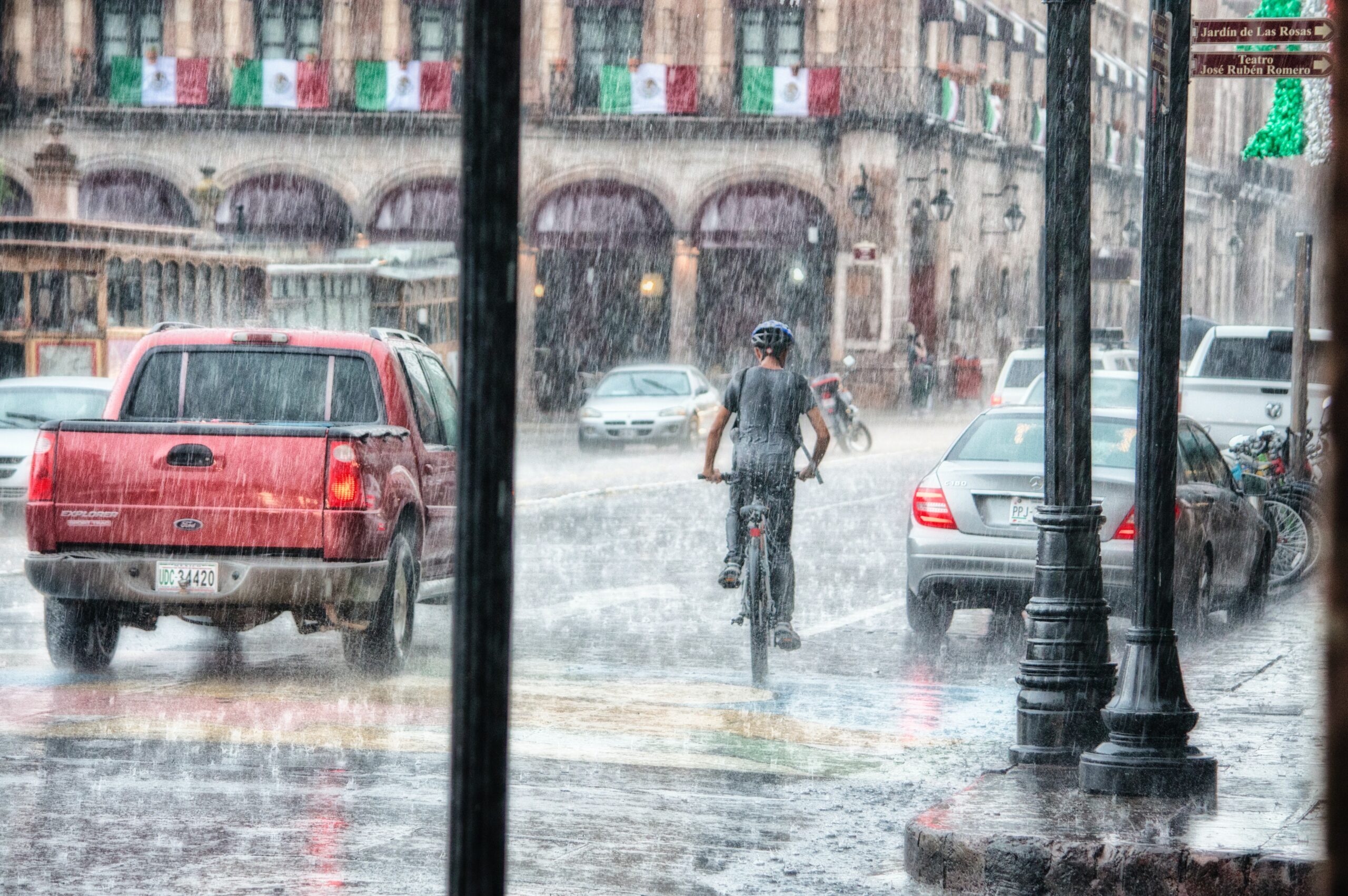 Electricity and water don’t mix. It’s what everyone is taught at school all over the world. It’s why so many people ask whether electric bikes are waterproof and whether they can or can’t get wet in general. Getting the right information is important if you’re buying an electric bike for a child or a loved one, you naturally want to make sure they’ll be safe.

At the same time, if you live somewhere where it rains a lot you’ll want to know whether the bike will or won’t be safe outdoors in the rain…especially if you use your bike to commute to and from work. Haven’t got time to read the whole article regarding whether an electric bike can get wet? Check out the below infographic instead:

Can Electric Bikes Get Wet

There’s a difference though between long term exposure to water, and simply getting wet in the rain when you move from one point to the other.

There are very limited electric bikes out there that are completely waterproof. The ones that are advertised as waterproof probably need to be thoroughly scrutinized too. Due to the sensitive nature of the electrical components on the bike, long term exposure can cause the bike to malfunction and stop working.

You shouldn’t leave your bike out in the rain. Once you’ve gotten home or arrived at your place of work store the bike out of the rain under a shelter. If you use your electric bike for deliveries and are on it all day, you may not be able to avoid it. If you haven’t got a shelter, you should bring a rain cover for your bike and ensure the key components are well sheltered from the rain. In reality, it’ll probably be okay as the water resistance will protect your components but if it rained all day long some water might be able to ingress and damage the bike’s overall performance.

Electric bikes are not waterproof to the degree that you’re probably thinking of. They’re water resistant to different levels depending on the brand you select.

What About Riding Through Rivers

If you’re going to be riding through a lot of streams and light rivers it might be better to purchase a standard mountain bike instead of one assisted by electrical power, no matter what power class you were thinking of purchasing. It’s not just about the level of the water, but the splashing which ends up sluicing your sensitive battery and other electrical equipment with water…much more water than it would be subjected to if you were just out riding in the rain.

What Does Water Do To The Battery

How To Protect Your Ebike Battery From Water

There are a few different ways to do this. They can also help you protect other components too.

Wrap The Battery Up – A simple way to protect the battery is to wrap it up. Use a bag or something waterproof to put around the battery during periods of high rainfall or if you need to keep the bike outside during the rain.

Use Dielectric Grease – Dielectric grease is conductive while being water resistant at the same time. If you slather this over your battery components you’ll be giving yourself an extra level of protection from water getting inside. Be careful though, it’s slippery and can make further maintenance down the line harder.

Riding In Seawater Is Worse

There are a lot of bikers who like to ride on the beach, splashing through plunge pools and pedaling along the sea line. Sea water, which is of course full of salt, is far worse for your electrical components than rain water. You need to be careful when on the beach, or protect your battery when cycling near seawater.

Seawater has a higher conductivity rating which can mess with the way your electric bike battery operates. The current will always take the path of least resistance, and when the salt water messes with the points of contact it can change the flow from negative to positive, completely shorting out the battery. Again, dielectric grease can help protect your bike from damaging salt water. You should try to keep an electric bike’s electrical components out and away from salt water as much as possible.

Will The Bike Rust After Getting Wet

An electric bike that gets wet all of the time and isn’t looked after will suffer from rust. Just like normal bikes, an electric bike will rust. An Ebike can rust on some of the electrical components too though, causing further damage and inoperation. There are some simple ways to stop the bike from rusting:

Simple as that. Over the years, depending on where they’re kept overnight and during the day (if you commute) it’s normal to suffer from a little rust. Taking these preventative measures can keep your bike in operation for longer.

Electric bikes can get wet because most of them are water resistant. They’re not, for the most part, waterproof. You should spend some energy on making sure you protect your electric bike’s from the elements.

Our blog has more articles on Ebikes and can hopefully provide some on point information to ensure you get the most out of owning your electric bike.

link to How To Transport Electric Bikes

Not everyone has the luxury of being able to ride their bike right out of their front door. Many cyclists transport their bikes by van, car, or pickup in various ways. But the added weight of an...

Crew Bike Co. is based in Southern California and specializes in providing urban bikes. As a brand, they are pretty new to the electric bike scene, but the founders and team have lots of ebike...