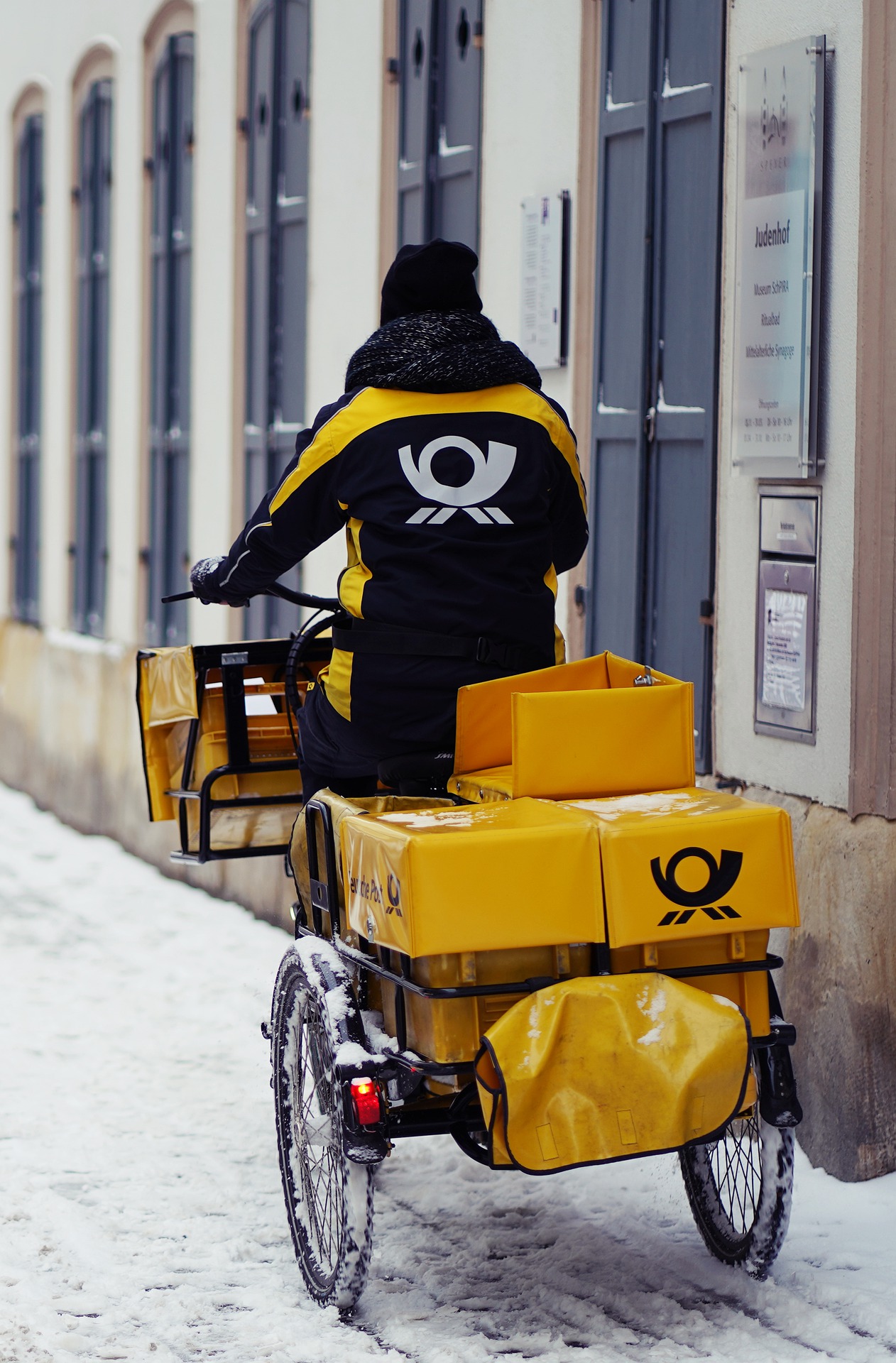 Bike couriers have been around for a long time now. Whether working as a bike messenger, delivering newspapers, food, or items from large suppliers like Amazon, bikes are super useful in highly built up cities where traffic can be a nightmare to negotiate. If normal pedal bikes are useful, then logically electric bikes should be even better for couriers. However, some couriers love them, while some would actually prefer a peddle bike.

Are You Delivering on an Electric Bike Full Time

Those who deliver full time, and those who deliver part time may have different priorities and workloads. A part time courier might enjoy the exercise a peddle bike provides, whereas a full time one might enjoy the speed of a bike allowing them to deliver more goods and finish their shift a bit earlier. They’re obviously great for making deliveries, but if you see exercise as a massive perk for using a bike for delivery, you’ll get less on a pedal assist electric bike no matter what class you’re buying into.

The time you work makes a huge difference when evaluating whether electric bikes are good for deliveries. If you’re doing a huge shift, where you’ll be doing a lot of pedaling uphill, you might run out of charge. This will leave you with a heavier bike, made even heavier by the load you’re carrying. If you’re doing short bursts of shifts you can charge the bike in between. The simple answer is to invest in a bike with a great battery but even the best batteries run out at some point. Evaluate your working hours and it can help you decide whether an electric bike is right for you.

Can The Electric Bike Carry The Load

Couriers deliver a large range of products and items. While it’s totally obvious that you’re not going to be able to deliver flat pack furniture or a new 65” TV on your electric bike, it is still worth bearing what kind of load you’ll be delivering in mind.

If you’re delivering small packages which are easy to carry around with you then an electric bike is certainly the right transport for the job. If the items are bulky, it’s going to be tough and using heavier items means the battery on your bike will run flat faster. You can get trailers for bikes, or storage platforms even, but all of this means the battery power is going to run on empty a lot faster. If your deliveries are close to a depot you can just return there after every few deliveries but in the main electric bikes suit smaller packages if you’re working all day.

Some cities are really forward thinking in terms of their layout. They’re gradually making room for cyclists including cycle lanes and roads, and are increasingly supporting cycling to cut down on emissions and reduce pollution. Some cities, however, are better than others. It might mean that the roads come to a stand still and because of the general makeup of the city, there might not be the space to squeeze past the traffic thus negating one of the key uses of using a bike as a courier. An ebike might help you get from one place to the other with a little more speed and less input from yourself, but if you’re going to be sat in traffic without a way to get through you’ll be fighting a losing battle and might as well not pay the premium for an electric bike.

For reference and interest, some of the best cities for cyclist as laid out by the Copenhagenize index include:

Dismal reading for those in the U.S.A. Electric bikes are still good for couriers in the U.S.A though and this map can help you find the most bike friendly communities and cities across the whole country.

Will Your Electric Bike Be Secure

If your ebike isn’t secure when you’re completing the deliveries, it could get stolen. Think about how usual couriers operate. They’ll park up in a street, deliver to the houses which need delivering to, then return to their vehicle. Bike owners usually find this harder to do because it means leaving your bike out of site. As such, it’ll mean moving the bike along the row of houses which is annoying and time consuming. Consider whether your electric bike will be secure when you’re delivering the products. A bike lock is a simple tool to help you, but the securing and unsecuring is something which might take time. Again, it’s another reason

Are Cargo Ebikes Good For Delivery

Sure. There’s even recently been an electric bike developed solely for Deliveroo (food delivery service) and other food service couriers called Zoomo. For heavier loads there are specific cargo ebikes with a storage area built out in front of the bike (depending on the model). Interestingly, in a city center location cargo Ebikes or electric bikes in a variation which can deliver large packages, deliver about 60% faster than vans, the usual method for large item delivery. The study was conducted in London, a city with historic heavy traffic.  Not only will you be using a cleaner method of transportation, but you’ll be doing the job faster. Ersilia Verlinghieri, who was the lead on the report said:

““So it’s remarkable to see that, if even just a portion of this shift were to happen in London, it would be accompanied by not only dramatic reduction of CO2 emissions, but also contribute to a considerable reduction of risks from air pollution and road traffic collisions, whilst ensuring an efficient, fast and reliable urban freight system.”

The main report can be read as a PDF. Although it centers on London, the same would likely be true of other large traffic heavy cities across the USA and Europe.

Cargo ebikes deliver faster than a van, but you have to take into account the kind of delivery and courier service you’ll be operating. Vans might deliver way more slowly, but they’ll be able to old more cargo.

Is It Safe To Make Deliveries On an Electric Bike

Yes, so long as you wear a helmet and take precautions. The extra weight you carry on your bike might increase your braking distance, especially if you’re using a cargo Ebike and not just carrying the load on your back. Also, you’ll be on the road for longer periods of time through night, day and during adverse weather. It means you need to prepare for bad weather and ensure you keep your senses tuned into what’s going on around you to remain safe. In general, it’s completely safe. The same as it’s safe for a car or van, so long as you take precautions. There are those out there, such as Simcha Felder, who think Ebikes are dangerous. However, it’s patently obvious that someone on an Ebike is going to cause less damage than someone behind the wheel of a van.

How Much Should You Pay For A Delivery Capable Ebike

You need to look at what you’ll be delivering, and how often the deliveries will take place. Then, you cross reference this with your budget. You need a decent bike which holds its charge, so in terms of price point, a bike which costs over $1750 is about right. If you want a solid cargo ebike you can be looking at $5,000 easily. You can get cheaper options, which might be viable if you’re doing this for part time work. If you’re doing this full time, you’ll be using the bike all day everyday which means, more than likely, you’ll want someone reliable/

So yes, in short, electric bikes are great for making deliveries so long as you take your personal needs and situation into account. Forecasters imagine that electric bikes are going to become even more popular as new research dictates they’re faster than traditional van delivery, while of course being far more better for the environment. If you want to read up more on electric bikes check out our blog.